The ZEC in 2017 and its outstanding challenges 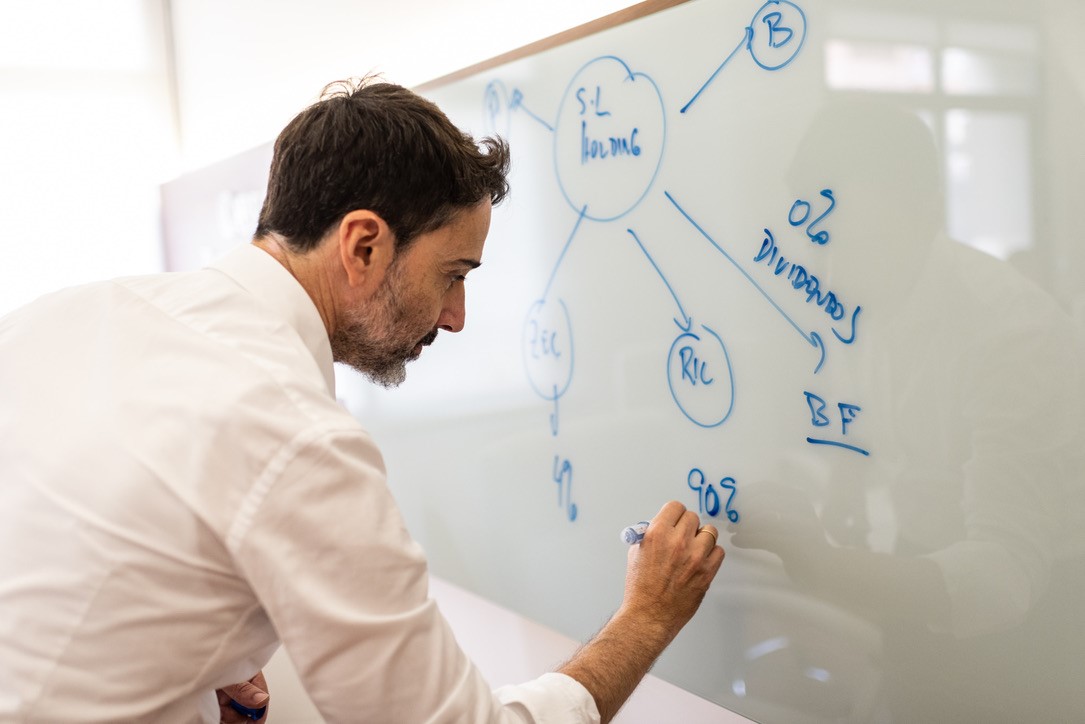 After over twenty years, it might seem almost superfluous to begin this commentary by remembering the magnificent virtues of our Special Zone, its unparalleled uniqueness in our united Europe and the importance of the competitive advantages that it provides.

However, and without prejudice to the ongoing and valuable work of the Consortium, its managers and technical staff and the promotional effort of the Island Authorities and the Canary Islands Government, the potential of this creation has not yet been fully realised.

Certainly, the knowledge of our Fiscal and Economic Regime overseas is becoming more and more noticeable, but, despite this, we continue to be far from where we should be. The ZEC should become, and by extension our Fiscal and Economic Regime as a whole, the real and main motor of attraction to investment in the Canary Islands, thus getting away from the inertia of the great tourist investments in real estate, which will ultimately run out on account of our territorial limitations. This, in my opinion, is the great challenge that we have to face up to in the coming years.

We must intensify our efforts to establish the ZEC, unlike the tax havens, as a point of international reference among the areas of legitimate privileged taxation, with the backing of the European Union, located in these sunny European islands, not only with an extraordinary natural environment and climatology, but also a splendid Economic and Fiscal regime which, coordinated with synergy and efficiently, multiplies exponentially the advantages of any of its tools. If to this we add the geo-strategic value that implantation in the Canaries may have at the world level and as a platform serving three continents, and particularly as a balcony overlooking Africa, we must agree that we have still not pressed the button that will lead us to attract a very large number of projects.

The way I see it, we must go more deeply into this matter, and this is a responsibility of all the economic agents involved; we must encourage promotion overseas focussed on foreign tax professionals, on the financial managers of large international companies, that is to say, on those enlightened people who will understand the unique technical elements with immediacy and who, in a few seconds, will be able to estimate and see the fiscal savings and competitive advantages that they might obtain for their clients. In our professional performance, eminently aimed at the attention of foreign investors, we continue to be surprised at the ignorance that foreign professionals in our sector generally have of tax arrangements in our territory. The focus therefore must be aimed at them. If we do so, we will have a unique “marketing department” free of charge, which will work in its own interests and for the benefit of their clients and bosses but will at the same time do a priceless job for the Canaries.

The incentive in itself offers everything: unbeatable tax rates on profits, exemptions from indirect taxation, free repatriation of dividends between legal entities and furthermore, since 2015, exemption from internal double taxation between companies. This latter achievement, together with the always validated legitimation of pre-existing activities as candidates to be integrated in the ZEC Register, should have definitively opened up the possibility of generalised access of local businesspeople to fiscal benefits.

Our small and medium-sized enterprises, – the largest job creators -, have not only not become massive and repeated applicants for the application of the profit, but many still do not know the virtues and advantages of belonging to the ZEC, linking it systematically to an opportunity limited to foreign investors. Thus, the majority have always based their fiscal planning on the eternal call upon the Reserve for Investments and the Deduction for Investments, which, although they have been revealed as effective mechanisms, certainly require a demand which on numerous occasions has exceeded the financial and structural capacity of the businesspeople.

The generation of wealth and growth need not only be related with the obligations of massive and bulk reinvestments of profits in exchange for savings on taxes but also with the capacity, on the on hand, of the businessperson to promote new ideas, to make them reality, to innovate, to “invent” new jobs, and on the other, of the Administration, to give incentives and rewards all that effort, to validate it and protect it, and to ensure that its foundations are solid and firm. We have a set of businesspeople who are creative, pro-active fighters, who need information and backing. Real, solid businesses will give rise to solid and lasting jobs. I have here another sector which will multiply the reach of the ZEC among its business interlocutors, whether local or foreign.

The ZEC must invert the hierarchies of the Fiscal and Economic Regime, gain more specific gravity if possible and become the “jewel in the crown”, in not only external but also local terms, without forgetting that the strategic and calculated combination of the ZEC with the other incentives in the regime, and with other measures of general implantation whose promotion has been forgotten, such as the so-called “golden visa”, would generate optimum scenarios where the most diverse business interests would fit in, from the simple investor to the purest entrepreneur, from the local businessman to the foreign capitalist who transfers his residence to our region.

Finally, I cannot finish without making an appeal to the need to work on the permanent reinforcement of legal certainty, the main guarantor of our regime, which must be given by improvement of coordination between Administrations, by the intensification of leadership that must be taken on by our Regional Government in its defence and perpetuation, and by the necessary integration of the Spanish government and the national tax authorities in the dynamics of its promotion and dissemination. Without prejudice to the absolutely necessary obligation of oversight that the Inspectorate must without a doubt carry out in such a manner as to put speculators and fraudsters, who might see in the ZEC a refuge for their illicit intentions, to flight, the state tax authorities must, for the common interest, add their efforts to those of our local and regional authorities, to make clear the absolute necessity of their legitimate existence.

We must all, the administration in the first place and the economic actors involved, undertake to provide businesspeople with a uniform, solid and lasting understanding of the advantages offered by the ZEC and its regulations. Only in this way will we achieve the necessary unity of judgement and the definitive reinforcement against the unjustified and isolated opinion of some people that it only generates unfair competition and less tax income, which distorts its true spirit and the fact that it is an excellent and vital tool for contributing to the sustenance and economic growth of the islands and, from my point of view, the culmination of the improved and privileged tax system that we have historically had and which our region has always deserved.

How can we help you?